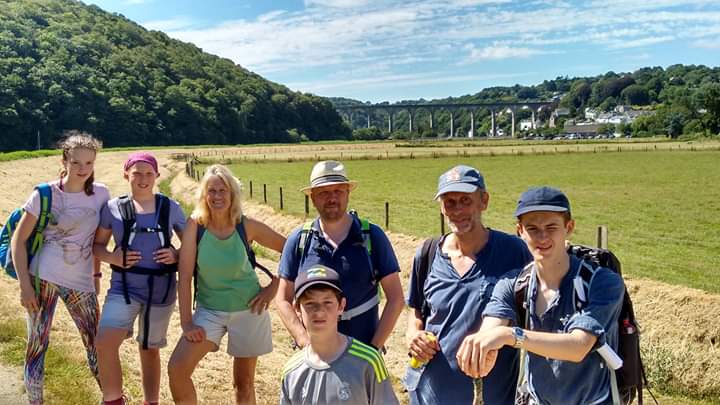 Walkers of this year’s Discovery Trail Challenge: Cornwall Taster, certainly were challenged, as temperatures rocketed throughout the day in early July.

Seventeen adults, six children and five dogs set off from Horsebridge on the morning of 6th  July to walk twelve miles along the Cornish side of the Tamar Valley Area of Outstanding Natural Beauty’s long-distance route, whilst generating funds for Tamar Tender Loving Care (TLC), the charity that raises & distributes funds for the benefit of the Tamar Valley AONB.

Regular refreshment stops (courtesy of Callington Tesco and Ginsters) were a welcome sight, as walkers marched on in temperatures that reached the high 20s. Gary Lewis, Tamara Project Officer for the AONB team said, “The heat was certainly a challenge. Even the shaded, wooded areas didn’t provide respite. It was a really great walk though, which I thoroughly enjoyed.” 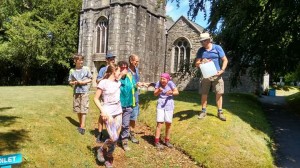 In addition to the Challenge, other families took part in a shorter two-mile Tamar Quest, answering questions along the way to claim their goody bag at the end. In total, over £260 was raised for Tamar TLC.

Les Deering, Tamar TLC Trustee says; “We are delighted that the Tamar Valley AONB chose us for their charity again this year. A huge thank you to all of the walkers who raised money. We will use the funds to support and encourage community projects in the Tamar Valley AONB.”

Tamar TLC was established in 2016.  They have worked with a number of local businesses over the past few years to raise money through donation boxes, which is working well. Tamar TLC want to be able to give even more back to help conserve and enhance the landscape, and the funds raised from the Challenge will certainly help towards this. 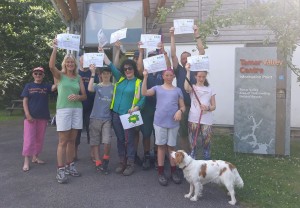 The Tamar Valley AONB team would like to extend their thanks to all walkers, marshals and volunteers, who helped to make the day a great success.

Keep an eye on www.tamarvalley.org.uk for the date and details of next year’s Challenge.

This entry was posted in News, Tamar Valley Blog. Bookmark the permalink.